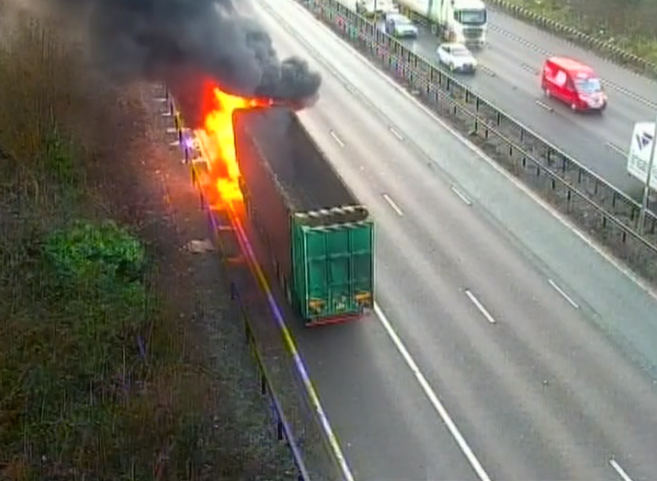 M6 closed earlier this morning due to a lorry fire.

Earlier today a lorry fire closed the M6 for an hour, causing queues of upto 60 minutes for people trying to get to work.

The southbound carriageway of the motorway was closed at around 8am after the blaze broke out between Junction 10a for the M54 and Junction 10 for Walsall.

The road was closed for around an hour while fire crews put out the flames before two lanes were reopened shortly before 9.30am.

National Highways said oil and diesel had spilt onto the road surface during the fire, but did not anticipate a full closure of the motorway to clean the mess up.

As of 11am two lanes remained closed with a recovery truck now at the scene.

National Highways said "contractors have confirmed that one lane will need resurfacing".

After the road was reopened, National Highways warned of 60-minute delays on the approach to the incident, however by 11am queues were down to 20 minutes.